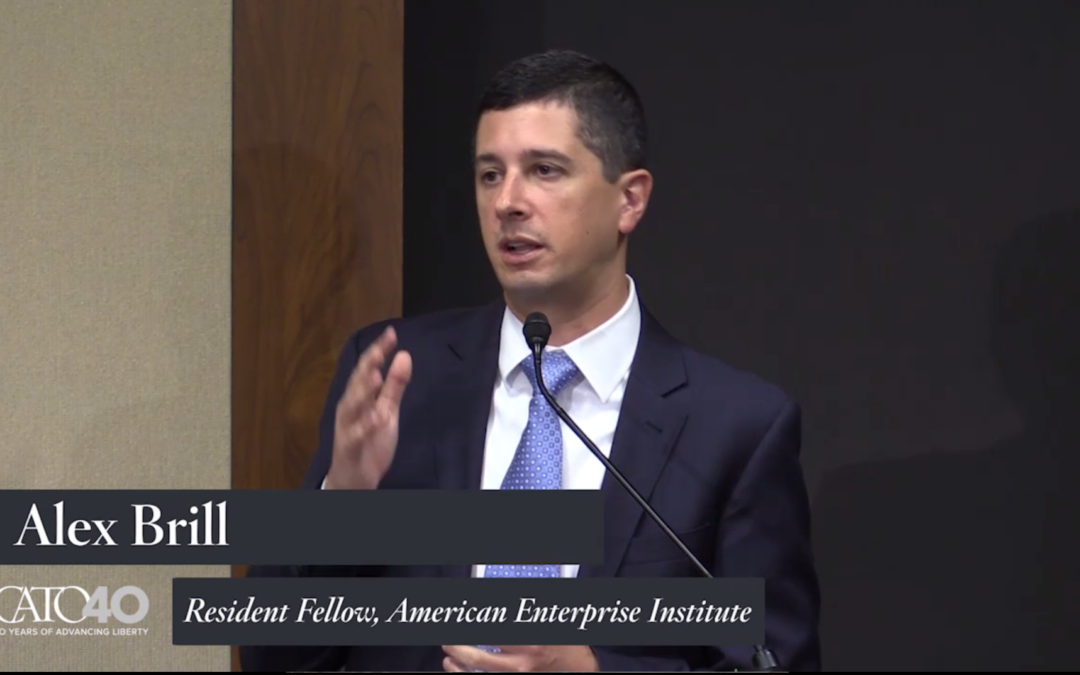 “Republicans are pushing ahead with major tax reforms after they agreed to a framework of individual and corporate cuts in September. The plan would simplify the individual rate structure, reduce the top tax rate on small businesses, and double the standard deduction. It would also boost America’s competitiveness by cutting the corporate tax rate, changing the rules on foreign income, and allowing expensing of capital equipment. If the House and Senate agree on an overall budget plan in the coming weeks, it will pave the way for the first major tax overhaul in years.

Join our panel of experts, who will discuss the economics and politics of tax reform as well as the policy alternatives facing legislators as a tax bill winds its way through Congress.”

While speaking as a panelist, Alex Brill says, “we can have a tax reform that is net positive for the overall economy. With a better system, one different from the system we have today, the size of the US economy will be larger than it otherwise would be. It will take time from the day of enactment to the day that that effect is fully realized. And during that period of time, the economy will grow faster and then it will reach this new higher level that it otherwise wouldn’t reach and we will all be better off as a result of that. Sometimes people claim we will get 10% growth or something like that and I think that would be misleading, but absolutely believe that we can see faster economic growth in the near term to medium term. Good tax reform that is fiscally responsible and brings down these marginal rates, particularly this most important reform, the business reforms, that bring a corporate rate that makes us lower than many of our competitors, not on par, but lower than many of our competitors, will bring in a lot of revenue. In fact, that dynamic score of that corporate change I think is something we should be thinking a lot about. There is a good chance we will have so much on shoring of corporate profits that we will be losing far less revenue than would otherwise be suggested by the conventional models we see on joint tax.”